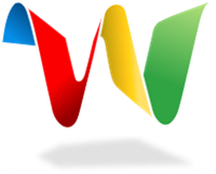 Google Wave is a real time communication & collaboration tool that is termed as the next evolution of email.  It combines aspects of email, instant messaging, wikis, web chat, social networking, and project management to build one elegant, in-browser communication client. You can bring a group of friends or business partners together to discuss how your day has been or share files. A wave can be both a discussion and a document where people can discuss and work together using richly formatted text, photos, videos, maps. Wave builds on the concept of cloud computing.

Google Wave is supposed to replace traditional email systems and improve them by using more interactive, live, on-the-fly methods to deliver information. Traditional emails work on a basis of typing a message, potentially styling the message, and hitting “send” and off it goes to the recipient. Traditional instant messaging systems work by typing a message, hitting enter and automatically sending to the recipient for instant delivery. Wave offers a hybrid of the two. If both people are logged on, they can open a conversation (called a wave) and send a message to the recipient which will not only instantly send to the recipient, but the recipient can (optionally) see every letter when you type it and write back instantaneously. This speeds up conversation drastically instead of having to wait for others to reply to press enter to start writing your response. Given that the recipient is offline, they will receive the wave in their inbox in bolded.

1. Real-time functionality : You can see what someone else is typing, character-by-character. This can result in faster conversation as you might not need to wait for sender to complete the statement (Blip). This property also applies to Live transmission of any type and real-time changes to multimedia such as images, documents and programs.Real-Time information is shared between users.

2. Embeddability : Waves can be embedded on any blog or website. Visitors to a web page can manipulate the wave straight from the site itself. It can be replacing comments in blogs.

3. Playback Facility : You can playback any part of the wave to see what was said.

4. Extensions : An extension is a mini-application within a wave similar to extensions in Facebook or iGoogle. Developers can build their own apps within waves.As #2 quoted waves to be embedded in Blogs, Blog extensions can Embed the Wave into a blog.

5. Drag-and-drop file sharing : It has drag and drop sharing of digital assets like photos, sound and video attachments just drag your file and drop it inside Google Wave and everyone will have access.

6. Mobile support : Google Wave can be viewed on a mobile device.

7. Wiki functionality: Anything written within a Google Wave can be edited by anyone else, because all conversations within the platform are shared. Thus, you can correct information, append information, or add your own commentary within a developing conversation.

9. Natural language: Google Wave can autocorrect your spelling, even going as far as knowing the difference between similar words, like “been” and “bean.” If you write it has bean good day  Wave would suggest that you can change the spelling.

10.Share Google Search Results you can directly share Google search results within a wave.Simple Google it within Wave and embed them in your wave.

11.Translation Features : It has a great futures like translating between 40 different languages by using Rosy Extension.

13.Polling Facility : Polls can be added into a wave which can be voted on by all those who are sharing that wave.

14.Webcam Video Chat is yet another feature of Wave.

It is also becoming developer heaven for developing gadgets and extensions and Google has announced that there will be an official Wave app store. According to References from Mashable Google Wave is going to become project management tool for the future as well future marketing tool. Marketers will have the ability to create customer support in real time.

As we earlier mentioned in earlier post Google Wave Initially released only to developers, a "preview release" of Google Wave was extended and still it is “by invitation only”. So If you need a Google wave invite, you need to write up a comment here why you want Google Wave and tweet this post as well.We have as much as 7 invitations to give.