Google who showcased the Android 3.0 ,which is often called as Honeycomb ,at the Consumer Electronics Show last month has launched it finally for the developers. 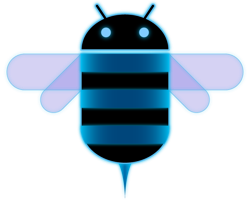 Honeycomb is expected to power the tablets.Currently ,Android 2.1 or 2.2 version is used to power tablets which was often criticized as Android 2.1 and Android 2.2 were meant to power smart phones only but with Honeycomb we can expect some really cool apps specifically made for tablets in Android Market Place.

In fact , one of the earliest Honeycomb tablet is expected to ship on 24th Feb,2011.The two great features which Honeycomb will have manage the rotation of the tablet better than its earlier versions and second feature for developers is that they don’t have to assume anything to build the app in portrait or landscape mode.

For more info, check out Android 3.0