Yeah its true. It all started when yahoo in early 2000’s introduced chat smileys. The smileys and those emoticons became a major symbol to represent one’s emotions in as few characters as possible. And now 9gag memes like forever alone, Me Gusta, Trollface can be sent to your Facebook friends via Facebook chat.

Internet Memes are sketches or pictures that reflect people and their behavior as sarcasm and are popular on not just 9gag but sites like 4chan and reddit as well. and 9gag. These memes are used to reflect people’s behavior or as an element of sarcasm. If you want to send memes to your friend on chat, Facebook lets you do that.

Here’s a list of some of the popular memes and the codes for sending them via chat. 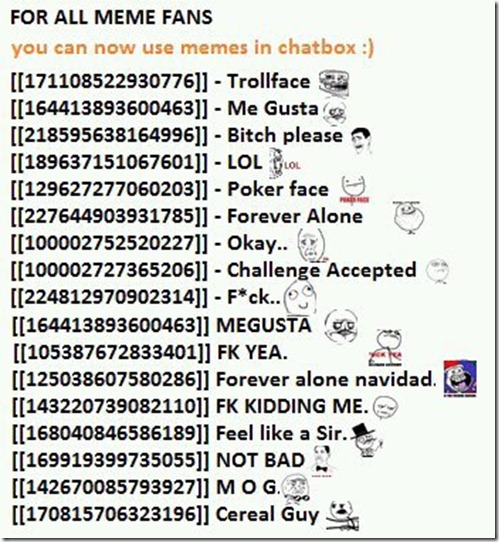