With a lot of products being released last year by Google including Google Wave, Chrome OS they have announced yet another product named as “Google Buzz”. But its better then the previos ones and i am liking it. It has an edge over Twitter in terms more information can be shared via Buzz. The content is not limited in length nor does it appear to have limit on the amount of photos that can be uploaded.  Interface is same of gmail, easy to use and there is no limit over what you Upload or post.

Google have launched the same with the tagline Go beyond status messages, and this product is intended to Share updates, photos, videos, and more. google’s primary concern to introduce such a product is to integrate social features with Gmail.

According to Official Google blog “Google Buzz is a new way to start conversations about the things you find interesting. It’s built right into Gmail, so you don’t have to peck out an entirely new set of friends from scratch. If you think about it, there’s always been a big social network underlying Gmail. Buzz brings this network to the surface by automatically setting you up to follow the people you email and chat with the most. We focused on building an easy-to-use sharing experience that richly integrates photos, videos and links, and makes it easy to share publicly or privately (so you don’t have to use different tools to share with different audiences). Plus, Buzz integrates tightly with your existing Gmail inbox, so you’re sure to see the stuff that matters most as it happens in real time.” 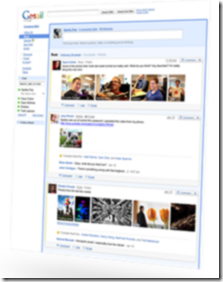 Some Pros Google is highlighting for Buzz :

Automatically follow the people you email and chat with the most in Gmail.

Publish your ideas to the world or just to your closest friends.

Comments get sent right to your inbox so it’s easy to keep the conversation going.

See thumbnails with each post, and browse full-screen photos from popular sites.

Connect sites you already use

New posts and comments pop in as they happen. No refresh required.

Buzz recommends interesting posts and weeds out ones you’re likely to skip.

Also you may buzz from your phone http://www.google.com/intl/en/mobile/buzz/

One thought on “Google comes back with Google Buzz”