Microsoft Office SharePoint Designer is a free What you see is What you get aka WYSIWYG HTML editor as well as Web designing Software. Although it is a part of MS Office but it needs to be downloaded separately from Microsoft download sites as compared to other products of the suite it is free. SharePoint is what once used to be FrontPage for Office suite as it is used to customize SharePoint websites, while to cover all sorts of Web projects Microsoft Expression Web is the appropriate tool. 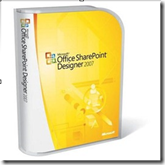 Differences between SharePoint and Expression Web