Are you one of those IT professionals or students who have a dream to work with the Software giant Microsoft? To get through just be jack of all trades, ace in your grades, learn few programming languages on your tips. OR you may get through there by a short way like this 14 year Unknown (Name not divulged) hacker from Dublin, Ireland. 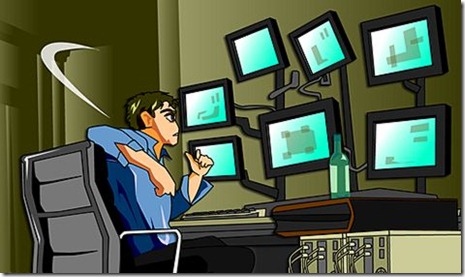 A 14 year old hacker on Call of Duty was just recruited by Microsoft. The 14 year old from Dublin, Ireland had broken into the Call of Duty: Modern Warfare 2 servers last month and started a phishing scam to get user information. Microsoft had initially thought the attack was a part of the same attack against the PlayStation Network and issued an alert. Later they found the mastermind behind this breach. Word of the collaboration between Microsoft:

Paul Rellis delivered his key note address during Bank of Ireland Business Week. Rellis revealed that Microsoft planned to work with the Dublin teenager to develop his talent for legitimate purposes.

The name has not been divulged but it may soon be. however I am still skeptic if it is a move by Microsoft to promote the talent or to silently kill the crack into the Microsoft’s castle. However I still remember what once I read in a book as quoted by Bill Gates where he mentioned he himself was a Cracker and then turned into White hat stuff. May be this goes in favor of this 14 year old.

One thought on “14 Year Old Hacker Hired by Microsoft”