Since Microsoft Word 2010, there is functionality to keep saving your changes periodically behind the scenes. This feature is pretty useful in case your system crashes or application crash or some other Windows issue that forces you to shutdown the word document without saving. Using this feature, you will then be able to recover the last saved version of your Word document. 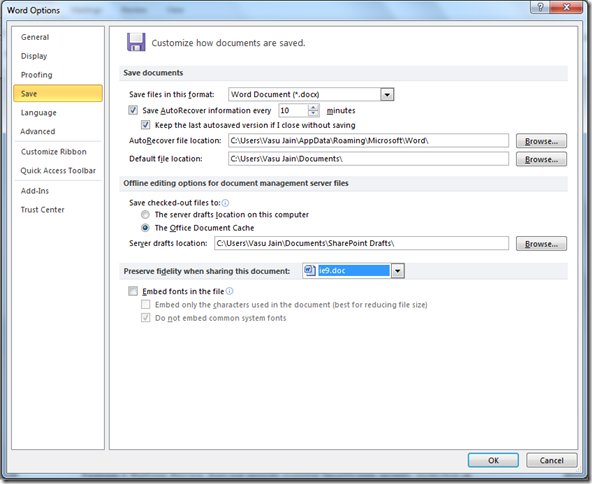 In this window you can change how frequently Word autosaves your document by selecting a Save AutoRecover information every value. If it is set to 10 minutes, for example, a copy of the current state of the document is made every 10 minutes. The AutoRecover file location is where copies of your document are saved to periodically. This feature pretty much works like the same way in Windows Live Mail, document gets auto saved as a draft.

The autosaved copies of your current document are viewable in the Backstage View of Word 2010. When you click on the Office Button  last few autosave files are displayed with the timestamp and version info like autosave, or save when "closed without saving".

Each version is clickable, allowing you to view the version, compare it with the current version and restore it. When you click on a version, it will open in a new instance of Word and an alert would be displayed just beneath the ribbon:

If you click Compare, yet another instance of Word is opened (that’s 3 now, including original document, previous autosave version of document & compare file) with the Reviewing Pane (Review tab, Tracking group) open, allowing you to see the differences between the autosaved version and the current version of the document. If you decide that you do need the autosaved version, click Restore. You can close either of those extra instances of Word down if you decide you don’t need them. 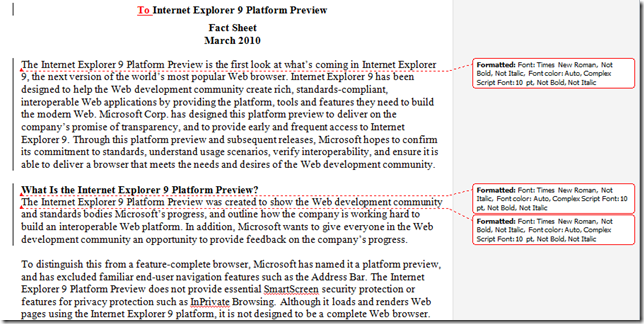 The autosaved versions are deleted automatically when you save and close your document so that the feature don’t kill space on your hard drive.

Useful for people who save their document infrequently and if there were no auto saves, they would lose a lot of data in the event of an application crash or incase you’ve made lots of changes to a document, and then accidentally clicked ‘No’ when asked whether you want to save your changes.